What is PMDD? My Experience

Everyone has heard of premenstrual syndrome. PMS: a monthly nuisance for some, an overdone and sexist punchline to others.

A living hell for an unfortunate few.

I have a severe presentation of PMS called PMDD or premenstrual dysphoric disorder. Like many sufferers, I was unaware that this was even a thing until a therapist tentatively suggested it two years ago.

PMDD is a condition that causes devastating emotional and physical symptoms every month for around a week (two if you’re unlucky) before your period. Many people who have periods experience mild symptoms of PMS, like feeling sensitive with some mood swings, bloating and bad skin. PMDD takes it to another level.

I believe (and my mum now backs me up) that I have had this problem since I was barely a teenager, though living with on going trauma, undiagnosed autism and general puberty hormones masked it somewhat. “Waiting” for my period was always a difficult time for me, but seeing others around me apparently dealing with theirs just fine, why couldn’t I just get over it?

After coming off hormonal birth control in early 2019, it has become more apparent and more severe. It is apparently common for symptoms to worsen in people in their late 20s. I was just turning 27. I am now 29.

These symptoms start during the luteal phase (after ovulation), worsening around 7-10 days before your period starts and then go away very soon after bleeding starts.

The exact cause is not yet known, but it is probably an extreme sensitivity/abnormal reaction in the brain to the body’s natural hormones with genetics as another factor. PMDD is currently defined as an endocrine disorder but also listed in the DSM-5. It is not a hormone imbalance.

CW/TW: The next section contains frank mentions of suicide and self harm

In my “normal” state I know I am a very anxious person, owing to my very active C-PTSD and OCD tendencies. When I am around ten days from the start of my period, this gets ridiculous. The sense of constant impending doom and jumpiness is sometimes paralysing. I have to “check” a lot more and can get very paranoid and irritable as a result.

I have been clinically depressed, I know what that feels like but don’t consider that to be the case on a regular day. When my PMDD kicks in, I wake up and there it is. Low, tearful, irritable, hopeless, guilty… It is uniquely distinguishable to my normal sadness/bad feelings level. Don’t ask how, but it is. It is so recognisable to me now that a couple of months ago I woke up two days before I expected my symptoms to kick in, thought “oh shit” so started taking my prescribed medication early (more on that later) and bingo, my period arrived exactly two days earlier than it should. If one thing has come from this experience, damn I know how to listen to my body!

I struggle with dissociation on a day to day basis quite badly as it is (another diagnosis, another story). During a PMDD episode, this can get severe as I struggle to maintain much concentration, my days become incredibly disjointed. When in a bad dissociative state, something takes over and they are very self destructive. I am prone to self harm when this vulnerable which is pretty terrifying and I have had to make trips to the hospital in the last few months for self inflicted injuries that I don’t have any memory of doing.

I was a very suicidal teen and still experience the urge “not to be here” probably more regularly than most people. This gets so much worse during the “bad week”. The deep sadness, guilt and anxiety get too overwhelming. Even if I don’t actually want to die, I still get intrusive thoughts, images and voices showing and telling me it’s what I should do.

Physically, I just feel disgusting. I have tons of body issues as it is (thanks to my gender, upbringing and childhood bullying) but when everything just feels so big and bloated and heavy it’s just not fair. Food cravings and having a bigger appetite than usual are difficult for me to manage healthily due to my history of disordered eating. My boobs get huge and really sensitive and painful, then there’s the tummy bloating, constipation and weight gain (I sometimes put on over 7lbs in water weight)… It’s very uncomfortable.

Insomnia is a common symptom, though it’s not something I personally struggle with that much. I am at the other end of the spectrum with extreme fatigue and I can easily sleep for over 18 hours a day when it’s at its worst. I struggle with chronic nightmares as one of my symptoms of PTSD and this can often go haywire during this time. Night sweats are the absolute worst too!

I experience a lot of all over joint and muscle aches and pains which has become quite debilitating lately. I struggle with pain in my hands particularly which makes me quite clumsy as they sometimes shake uncontrollably. On my worst days I have had difficulty using cutlery. This seems to be getting a lot worse so I am going to get it checked out soon in case it’s something else.

I have more interpersonal conflicts during this time too. I find I am a lot more vulnerable to my emotions overriding logic, my fears of rejection and abandonment go through the roof. I get especially touchy if I feel my partner isn’t attracted to me, paying enough attention or doesn’t appear interested in sex. It can make me feel quite angry and upset.

Some of these symptoms are exclusive to my PMDD days, others are always there but a lot more manageable. I have a diagnosis of BPD (borderline personality disorder) where a lot of the worst symptoms overlap. I have come to question my BPD diagnosis as I feel that for a lot of the criteria I am only actually symptomatic for a specific 10 days a month! I keep a daily mood and symptom diary and this seems to correlate quite strongly. PME (premenstrual exacerbation) is another menstrual disorder I have only recently become aware of which is when an existing condition gets worse during this specific phase, so that could be what I’m experiencing too/instead.

How do I manage it?

Last year, following a self harm episode that required hospital treatment, things came to a head and with the support of my partner and CPN I decided to try and treat my PMDD with medication.

There are hormone manipulation options, which I believe are to try and suppress ovulation. Having been through hell using hormonal contraceptives for 9 years and finally being free of them (and feeling much better without the side effects), I am very resistant to trying any treatment using synthetic hormones. Luckily my GP agreed this wouldn’t be suitable for me so together we decided a referral to a gynaecologist probably won’t help me at the moment.

Instead I agreed to try taking a low dose of the common antidepressant fluoxetine (Prozac) just for the ten days in the lead up to my period. This is the recommended treatment for those who don’t want to use hormones. My cycle is extremely regular, plus I know my body and can feel when the shit storm is about to kick in, so deciding when to start taking it hasn’t been an issue for me.

So far, I have found this to be fairly beneficial though not entirely consistent. Sometimes I feel better to the point of actually being able to function about three days after starting fluoxetine. This happened the first month I tried it and it felt like an absolute miracle! After using it for a few months now, I have noticed the positive effects less, though it still helps a bit. I am considering adjusting the dose because of this. When it does work, it only helps with my emotional symptoms. The physical ones are still just as bad, though easier to manage when I don’t feel suicidal. I get mild nausea as a side effect that I actually don’t mind as it helps stop me from binge eating as much.

With the mental symptoms dulled down a little bit, it is easier to do some basic self care and feel better as a result. I am also practicing trying to accept rather than resist that this is just how my brain and body respond to my natural hormone fluctuations and not judge myself so harshly. While it’s not normal, it is a recognised condition and it is not a sign of weakness or something that I should fight to try and just get over.

At the moment I am happy just using fluoxetine and self care. In the long term, if this gets even more difficult to manage (which I accept it may do) I am starting to open up to the idea of chemical menopause or a hysterectomy. Me and my partner are child free by choice (in fact he has had a vasectomy) so this wouldn’t be a big deal on the “baby” front, but it’s not something I want to do right now.

I have supportive friends and family, plus my amazing partner, who are all doing their best to be understanding, validating and patient. My therapist has also recognised this issue and works around it by not making me do any distressing work while my hormones are kicking off which is so kind of him.

I love my period!

I never thought I’d actually look forward to bleeding so much! As everyone who has ever had one knows, periods are an uncomfortable inconvenience at the best of times, but I actually love mine now. When I get the tell tale stomach cramps, it is like a light at the end of the tunnel. The relief on my partner’s face when he sees me shuffling off to the bathroom with a pad is hilarious too.

This too, shall pass

One thing about my PMDD is, unlike any other mental illness, I can pretty much set a time and date when symptoms will go away. I can plan a lot of activities around my calendar now which is quite convenient!

While the pain and suffering can be devastating, knowing the misery is only temporary helps me power through.

For more information on PMDD, including steps to get a diagnosis, check out:

PMDD Diaries: Getting A Diagnosis 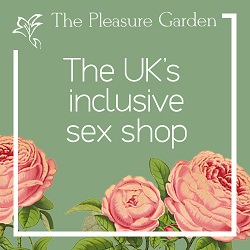 Behold, my toothbrush! No dw, this isn’t a sexy

Hi, I’m still around, just the middle of a menta

It’s #EarthDay 🌍 and my good friends at @_lov

Aaaand my giveaway is sadly over! 🥲 I will be c