Womanizer Starlet vs Pro40 vs Premium – A Comparison

Womanizer‘s Pleasure Air™ Technology has taken the sex toy world by storm since its launch in 2014. Designed to stimulate the clitoris without desensitising it, using air pulses to create a unique suction like sensation, it is not hard to understand the toy’s mass appeal.

I’m here today to compare some of the most popular models: the entry level Starlet, the mid-range Pro40, and the luxurious, all-singing, all-dancing Premium.

The Starlet is a modest offering, aimed at people who haven’t experienced this kind of technology before and want to try it out without spending a fortune (Womanizer toys are not cheap).

The Womanizer Pro40 is an older model which was discontinued and then rereleased. The Pro40 was extremely popular on its initial release having cast off the gaudy and bizarre design aesthetics of the earliest models, introducing the more sleek and sophisticated look associated with Womanizer toys today.

The Premium is Womanizer‘s flagship product and one of the most expensive in their product line. It has some unique features, but are they worth shelling out for? Read on! 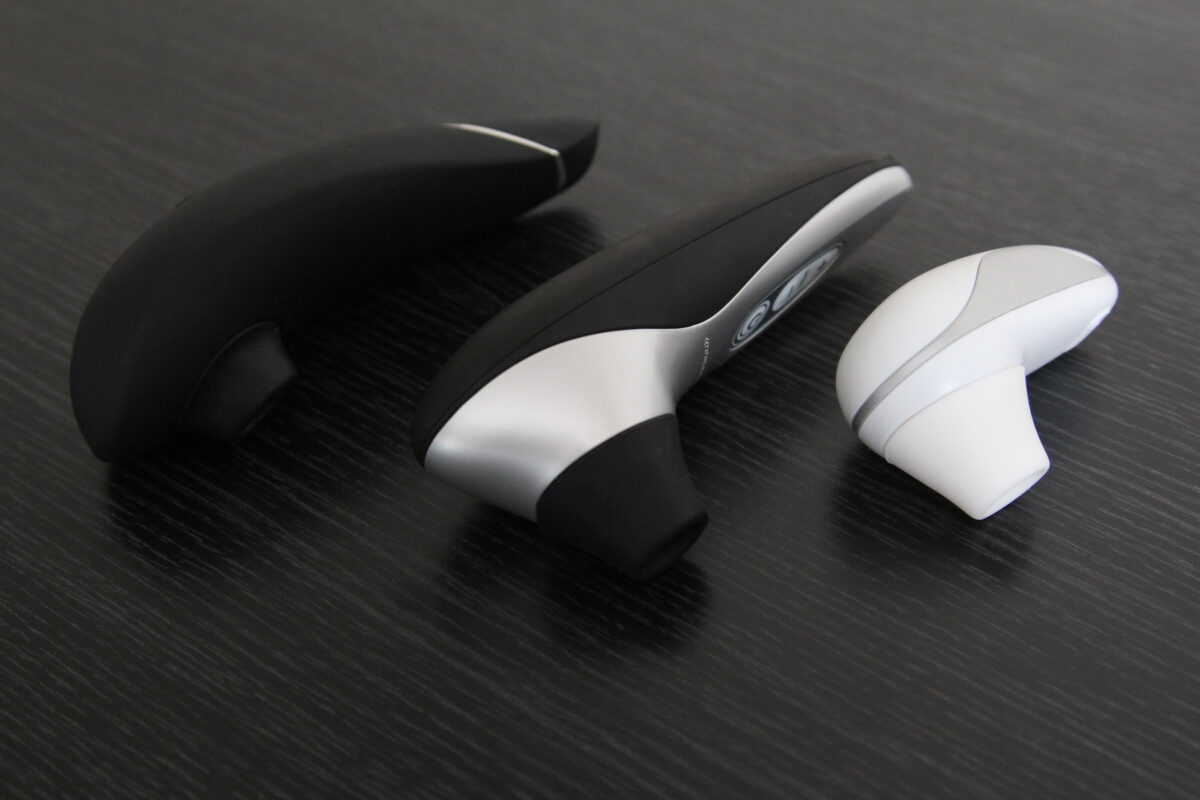 The Starlet is the most accessibly priced Womanizer product. It is what I would call an “entry level” model as it has the most basic features; a single button interface and four intensity settings, that’s it.

Despite its petite stature, the Starlet puts out a lot of power. As there are only the four intensities to choose from, the leap in power between each setting is quite jarring. It’s aggressive, “sucking your soul out of your clit” kind of stimulation, especially its highest intensity. Some days I love it, some days I fucking hate it and I suspect it’ll be divisive for people who are new to this style of toy.

For its size, the Starlet is loud, in fact I would say it is the loudest of the three. It is not discreet at all, to the point I find it distracting and avoid using it if others are in the house.

Its major drawbacks are is its battery life and that it is not waterproof. The 30 minutes of playtime Womanizer estimate is pretty accurate. I personally can only get two orgasms out of that, and if I don’t touch it for a couple of weeks then the battery drains in storage which is far from ideal. The Starlet is only splash proof, so I recommend just keeping the main unit away from water and wiping it down with a damp cloth. The silicone head is removable though for a more thorough cleaning.

However, it is significantly cheaper than other models and is regularly on offer for around £50 which, especially for a toy with a 5 year warranty (which is now the default for all Womanizer toys), is really decent.

If you’re on the fence about whether or not you might enjoy Womanizer toys, then the Starlet is a starting point. However, it is far from perfect and I suspect users who find that they do enjoy this style of stimulation will want to upgrade pretty soon.

The Pro40 is a slightly more sophisticated model which is larger and more ergonomic than the teeny tiny Starlet.

It has an intuitive 3 button interface consisting of a power button, a ‘+’ and a ‘-‘ to adjust the 6 levels of intensity. When the toy is running, a quick press of the power button will return the toy to its lowest setting then holding it down for a few seconds will turn the unit off again.

The Pro40 has a much gentler touch than the Starlet, with the Starlet in fact being the more powerful toy on their respective highest settings. I much prefer the more gradual build up of intensity, even though the Pro40 actually only has two extra settings, somehow it feels like there’s more.

I like that the controls are on the ‘inside’ of the toy, rather than the ‘outside’ like all other Womanizer models as I find using my thumb to operate the buttons more comfortable and intuitive.

Volume wise, I find the Pro40 is the least intrusive of the three when running on its highest setting.

Feature wise, the Pro40 totally trumps the Starlet in that it is waterproof/submersible for worry free cleaning and bathroom shenanigans, and it has an impressive 4 hour runtime per full charge which is excellent by any toy’s standard.

So, the Pro40 has an RRP of £100+ which is not that accessible – not everyone can justify dropping that much cash on a single sex toy which is perfectly understandable – however, it is still significantly less than the Premium. In my opinion, the price jump between the Starlet and the Pro40 is worth it in terms of features, durability and reliability.

So, the Rolls-Royce of the range, the Premium. With an RRP of nearly £170, this is a luxury purchase by anyone’s standards. But is it worth it?

It has 12 levels of intensity, which start at just a tiny flutter all the way up to a deep, penetrating thrum. In my humble clit’s opinion, the sensation the Premium puts out feels different to my other Womanizer toys – more like a rhythmic tapping rather than suction – and I love it.

My favourite feature of the Premium is the absolutely ingenious Smart Silence™ function which makes the toy only turn on until it is almost in contact with the body and then turns off as soon as you move it away. I wish all my vibrators did this! It’s bloody brilliant not having to fumble with controls as soon as I’m done (or by chance get walked in on!). The Premium gets pretty noisy from around the 5th setting, so having this automatic “kill switch” is really useful.

Another unique feature I haven’t yet encountered on another toy is the Autopilot™ function. You can choose the mode you want (soft, medium or intense) and then the toy varies the intensity randomly without you needing press another button – and it is different every time. I thought this was a gimmick that I’d never use but it’s actually really fun! I have yet to orgasm from it but it makes the journey more interesting not having direct control.

The Premium charges magnetically and is a fully sealed unit (unlike the Pro40 which has an exposable charging port) making cleaning hassle and stress free. The whole unit is coated in silicone and there are different sized silicone heads available to suit different anatomies. 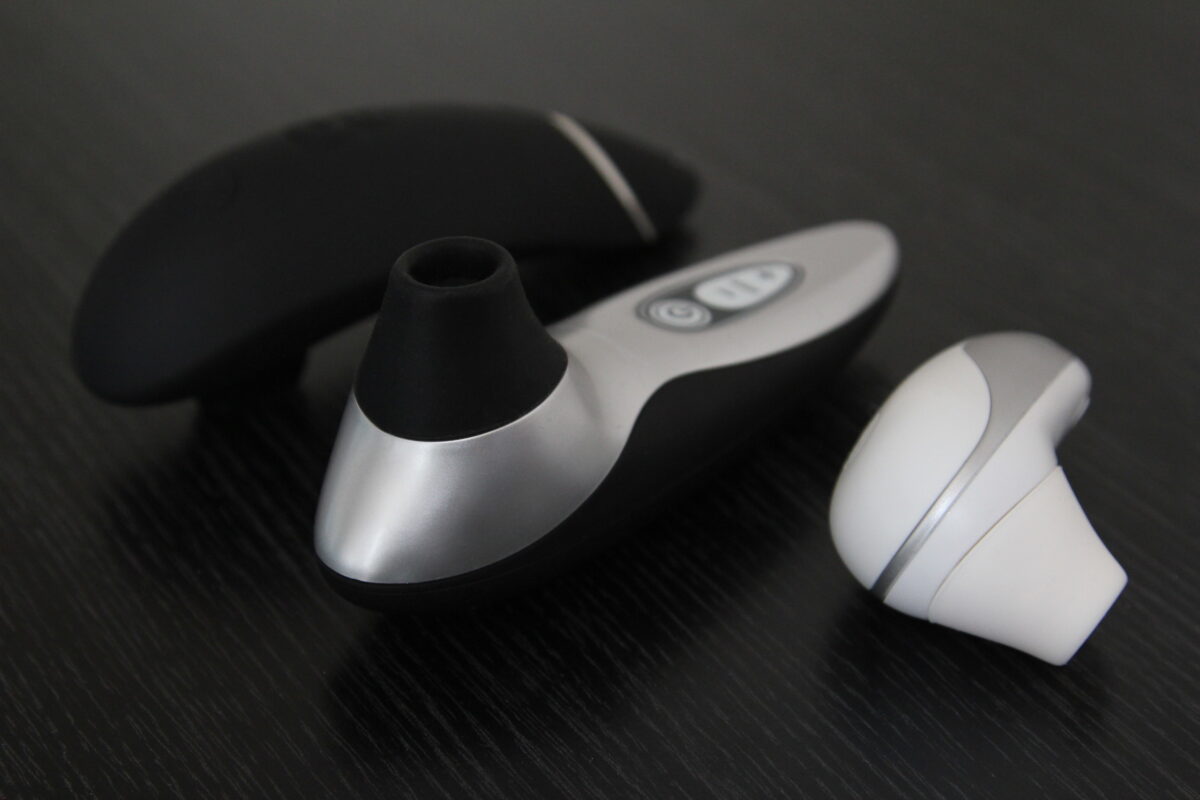 My personal favourite is the Premium, hands down. It is not just the first toy of its kind I reach for, but the first in my entire collection. It is a luxury product with a luxury price tag, but for the amount of use I get out of it, plus being backed by Womanizer‘s amazing 5 year guarantee, it’s a worthy investment.

Admittedly, I already knew I like this style of toy – so what if you’re on the fence?

The Starlet is obviously the cheapest, but its crappy battery life really lets it down. Alternatively, there is an upgraded model, the Starlet 2 which irons some of the Starlet’s flaws for the same price. The Liberty is the next model up retailing at around £90, featuring 6 settings and 120 minutes of playtime per charge. It also has the upgraded oval shaped head instead of the Pro40‘s original round opening.

Of the models I have covered in this comparison, I think opting for the Pro40 is the way to go. Yes, it’s a price jump (though it is regularly on sale) but the drastically longer battery life and gentler power increments will likely suit more users.

Or shop at Lovehoney (UK) here – remember to use HONEYX10 for 10% off your order!

This post was not sponsored, I just wanted to write it.

Affiliate links have been used throughout – buy through them to support the blog, thank you! 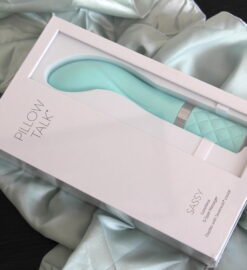 “Green” Periods Are Not For Everyone – And That’s Okay! 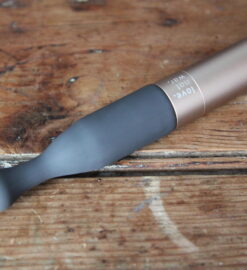 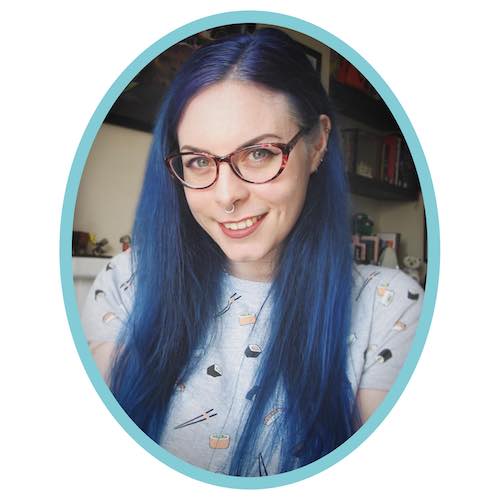 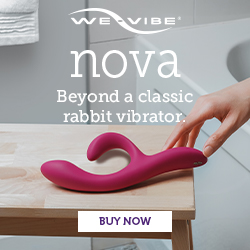 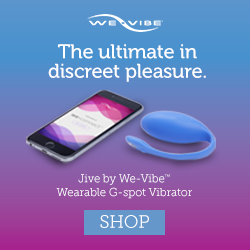 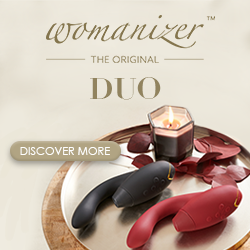 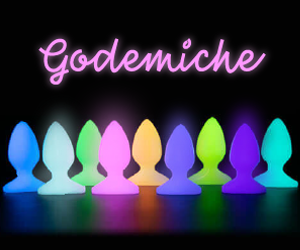 New over on the blog: A rant. Why “Green Periods

Sorry I’m super slow on here again - having the

New fabric for mask sewing - got to stay on brand

PMDD update: So the meds increase (and potentially

New on the blog, a comparison of three @womanizerg

We use cookies on our website to give you the most relevant experience by remembering your preferences and repeat visits. By clicking “Accept All”, you consent to the use of ALL the cookies. However, you may visit "Cookie Settings" to provide a controlled consent.
Cookie SettingsAccept All
Manage consent

This website uses cookies to improve your experience while you navigate through the website. Out of these, the cookies that are categorized as necessary are stored on your browser as they are essential for the working of basic functionalities of the website. We also use third-party cookies that help us analyze and understand how you use this website. These cookies will be stored in your browser only with your consent. You also have the option to opt-out of these cookies. But opting out of some of these cookies may affect your browsing experience.
Necessary Always Enabled
Necessary cookies are absolutely essential for the website to function properly. This category only includes cookies that ensures basic functionalities and security features of the website. These cookies do not store any personal information.
Non-necessary
Any cookies that may not be particularly necessary for the website to function and is used specifically to collect user personal data via analytics, ads, other embedded contents are termed as non-necessary cookies. It is mandatory to procure user consent prior to running these cookies on your website.
SAVE & ACCEPT

Copy link
Powered by WP Socializer
wpDiscuz
Back to top